A native of Dixie, Dr. Marable opened Fantastic Smiles in 2007, and he’s been more than grateful to help the citizens of Middle Georgia smile brighter ever since. The best part of his job is that he has the privilege every day to aid patients in feeling better about themselves. It’s enormously satisfying to know that they have the option to trust anyone with their dental needs and yet, over and over again, they keep coming back to his treatment chair. If you’d like to learn more about him, just keep reading below. 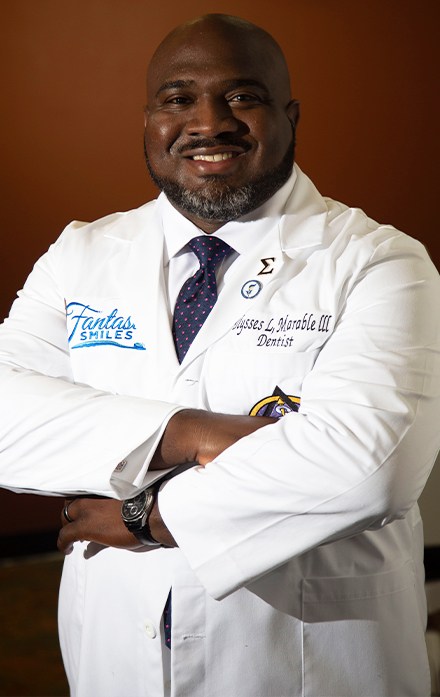 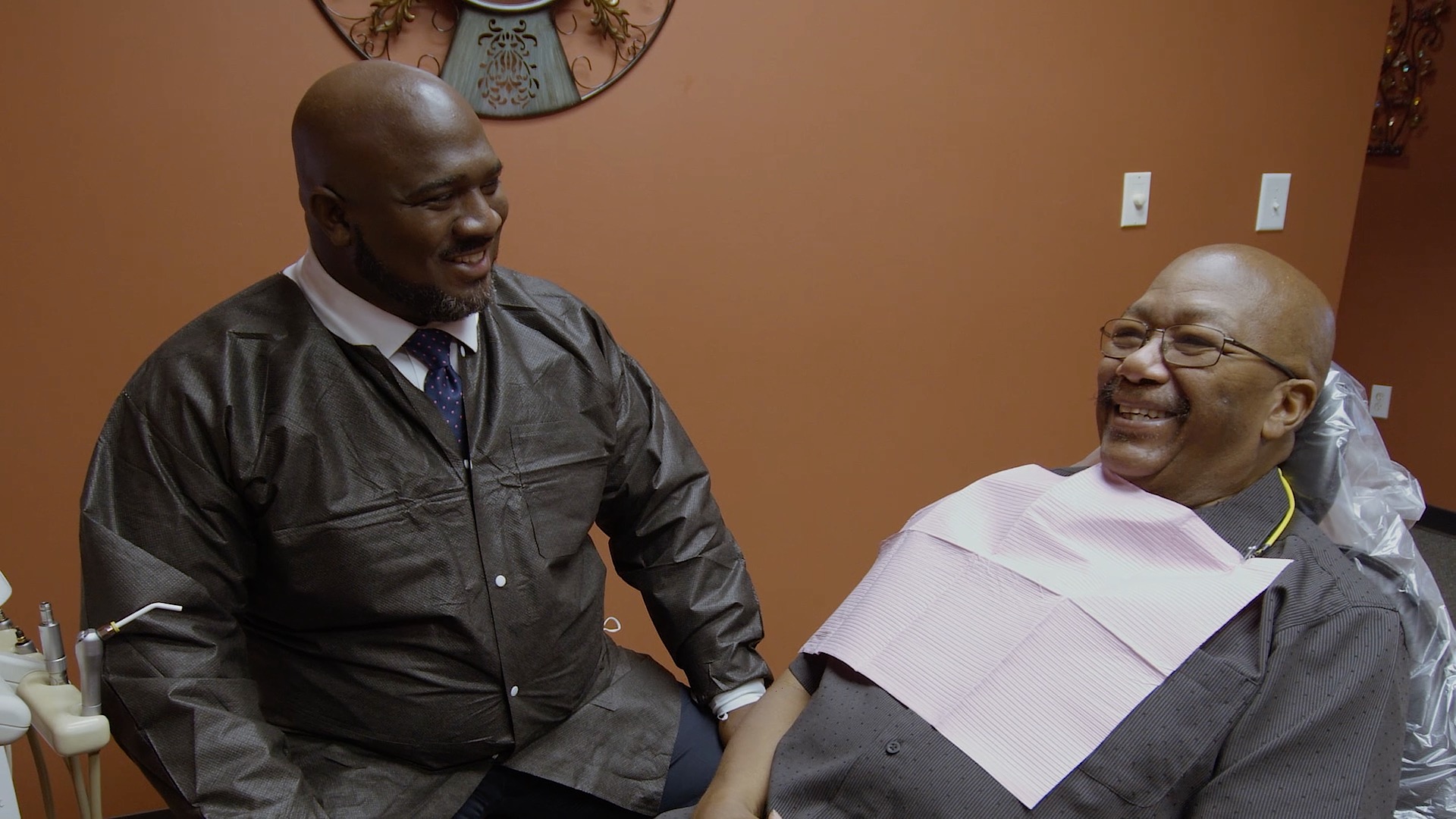 Why Did You Decide
to Become a Dentist? 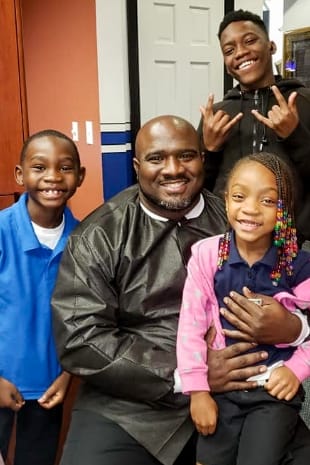 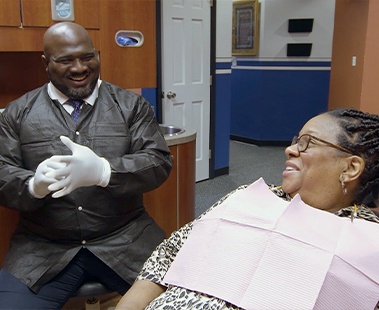 For Dr. Marable, becoming a dentist was all about family. His father and aunts/uncles went to college at a time when many African Americans could not financially or physically afford to commit to an education beyond high school. In fact, many of them became educators, as that was the most affluent career afforded to African Americans in the rural south. His uncle, Lawrence Marable, was the first dentist in the family. This different career path was not due to an epiphany or academic enlightening, but rather through a simple question from one of his classmates, named Dr. Keith McCrae.

“Lawrence, you make better grades than most of the biology students,” he said. “Why are you studying to be an agriculture teacher?”

Dr. McCrae hailed from a family of physicians and dentists and was no stranger to the aspirations of a doctoral education and career, much unlike Dr. Marable’s uncle. His comment was no slight to Agriculture Education, but it did make his uncle stop and ask himself: “Why can’t I?” The rest is history. From that simple classroom conversation, Uncle Lawrence set a new course for the family, prescribing a new task for his lineage and a new purpose for the gifts they’d been blessed with. Over the next 35 years, he would be the first of 10 dentists in two generations. Who could have written such a script that Dr. Marable’s grandfather, Ulysses Marable Sr (a man with a 7th grade education), would raise a family of 10 dentists in a farming community in rural South Georgia? Today, Dr. Marable continues to be extremely proud and grateful for his path in life, as well as the family members who came before him.

Where Did You Study
Dentistry? 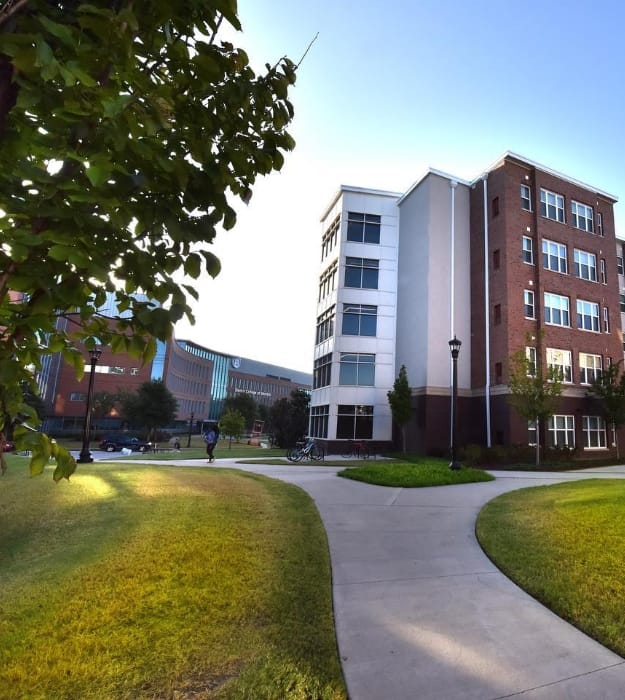 Dr. Marable’s college career started at Fort Valley State University, where he received his Bachelor of Science in Agriculture as an Animal Science Major. Upon graduation, he attended the Medical College of Georgia School of Dentistry in Augusta, completing his DMD. Upon leaving the school, he also underwent a General Practice Residency at the Bronx-Lebanon Hospital Center in Bronx, New York. While there, he was able to practice dentistry in a hospital setting and learn much more about the first-hand dental/medical applications of healthcare.

Today, Dr. Marable continues to pursue advanced education and further expand his clinical skillset. He has received extensive training in dental implant planning and placement through Zimmer Biomet and the Trinnon Collegium Practicum. He is a current member of the American Dental Association and Georgia Dental Association.

Outside of the Dental
Office, What Do You
Like to Do? 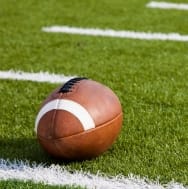 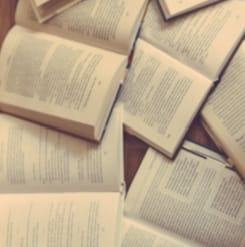 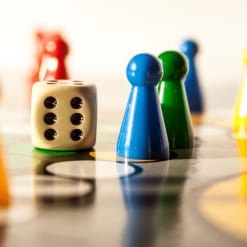 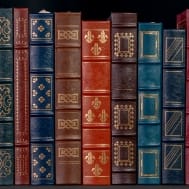 Dr. Marable has a wonderful and loving family that consists of his wife and three kids. As a group, they enjoy worshiping God and praising Jesus together, fishing, playing sports, watching movies, and (above all else) eating! As for his own personal hobbies, he regularly works in his church, particularly the Men’s Ministry and the Men’s and Mass Choir. He is also an active member with his fraternity (Phi Beta Sigma), serving as treasurer as the coordinator for their Sigma Beta Club. He likes to work in the yard, tinker with his old truck/cars, and work on his marksmanship. He’s definitely passionate about cooking, grilling, smoking, frying too…you name it and he can do it!

At his core, Dr. Marable is definitely a Good Ole’ Country Boy. One thing that many of his patients are interested to learn about him is that he grew up working on a farm, helping with crops like peanuts, soybeans, tobacco, corn, watermelons, and every vegetable you can name. They also raised lots of big hogs.

Have Questions? Get Answers

Ready to
Get Started? Request an Appointment